Women Like Us and Journey to the West Rewind: Attempts at Writing New Life 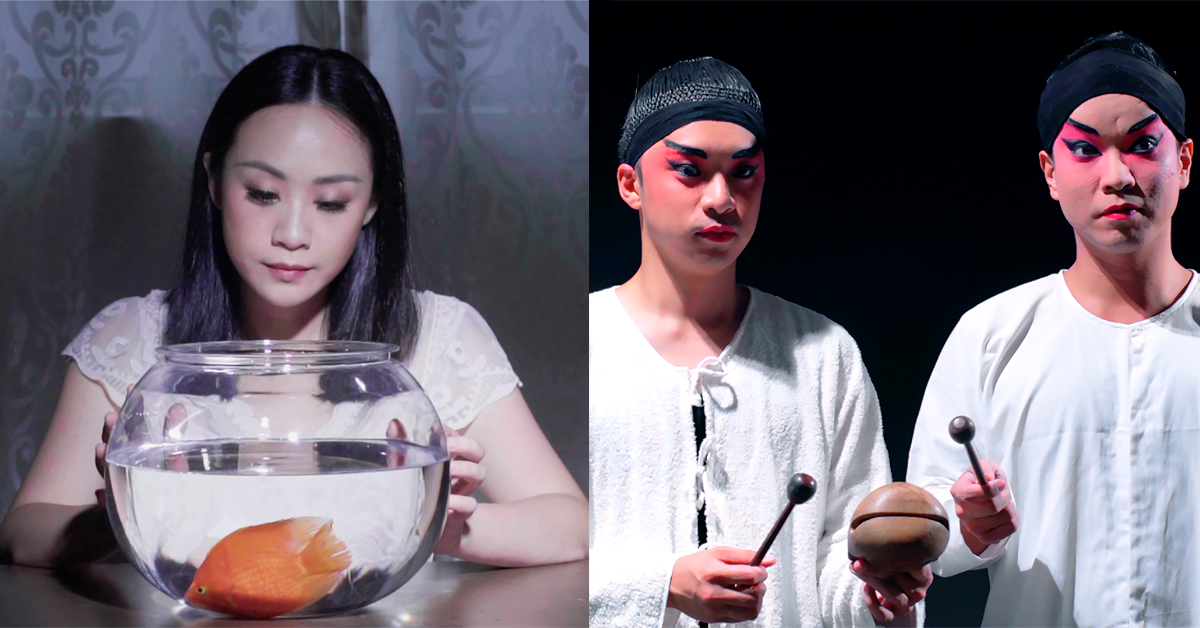 When representing literature in the performing arts, artists demonstrate different interpretations and expressions, while the meanings of works change with time. When the Covid-19 pandemic hit, Women Like Us and Journey to the West Rewind were deferred until the 49th Hong Kong Arts Festival. But it fortuitously gave the creators and directors more time to review the works, and they shared with FestMag their experience of the creative process throughout the production.

Dialogues between songs and lyrics in chamber opera

A chamber opera by scriptwriters Eva Wong and Daniel Lo and director Olivia Yan, Women Like Us merges Xi Xi’s works “The Cold” and “A Girl Like Me”, creating a world that brings together two women.

Eva Wong gets to the heart of the original work, and also harnesses imagery such as water and flowers, which accentuate the narrative and lyrical nature of the opera. For her achieving a balance is necessary when adapting Xi Xi’s texts into operatic language. “Take, for example, the novel “The Cold”,” she says. “Numerous classical Chinese poems and lyrics recur throughout, and this is what echoes Fish’s inner world. So the literary language has to be turned into imagery, because slavishly parroting the original language will just make it sound rigid and weird."

Daniel Lo says he found it surprising that the generally intense emotions in traditional operas are out of sync with the women’s life experiences. So he found himself having to make adjustments to the music to take that into account, “To show mild emotional changes, I incorporated many musical styles and techniques referencing Eva’s lyrics and Xi Xi’s texts, which generates a natural interaction between the text and music,” he says. Although some people find creating Cantonese music difficult, for Lo, it’s fascinating. “The text itself already has a specific rhythm and musicality,” he says, “so I turned the phonetic characteristics of Cantonese into raw material for the music. For this production, we decided to go with the lyrics first and then the music. It gives Eva more room to create, and more importantly still, it preserves the literary nature of the lyrics.”

This is Olivia Yan’s first attempt at directing chamber opera, opening new ground for her. “Opera tells stories through music while lyrics are more poetic than prose drama,” she says, “so the entire stage language and scene-setting are replete with imagery. Focusing on the chorus we even add a ghostly voice to convey the two women’s inner demons, representing their interior struggles while reflecting women’s identity and value in contemporary society.” To further perfect the structure of the musical and the story, Yan and Lo modified the two women’s solos in Scene Six after discussion. They amended the accompaniment for the two solos and added a chorus in between. This approach interweaves the changing inner landscapes of Fish, as well as adding extra emotional layers of the music.

Together, the music, lyrics and theatrical performance show how the two female characters constantly seek the freedom so often denied to women, to cast off social shackles, and rediscover their true selves. 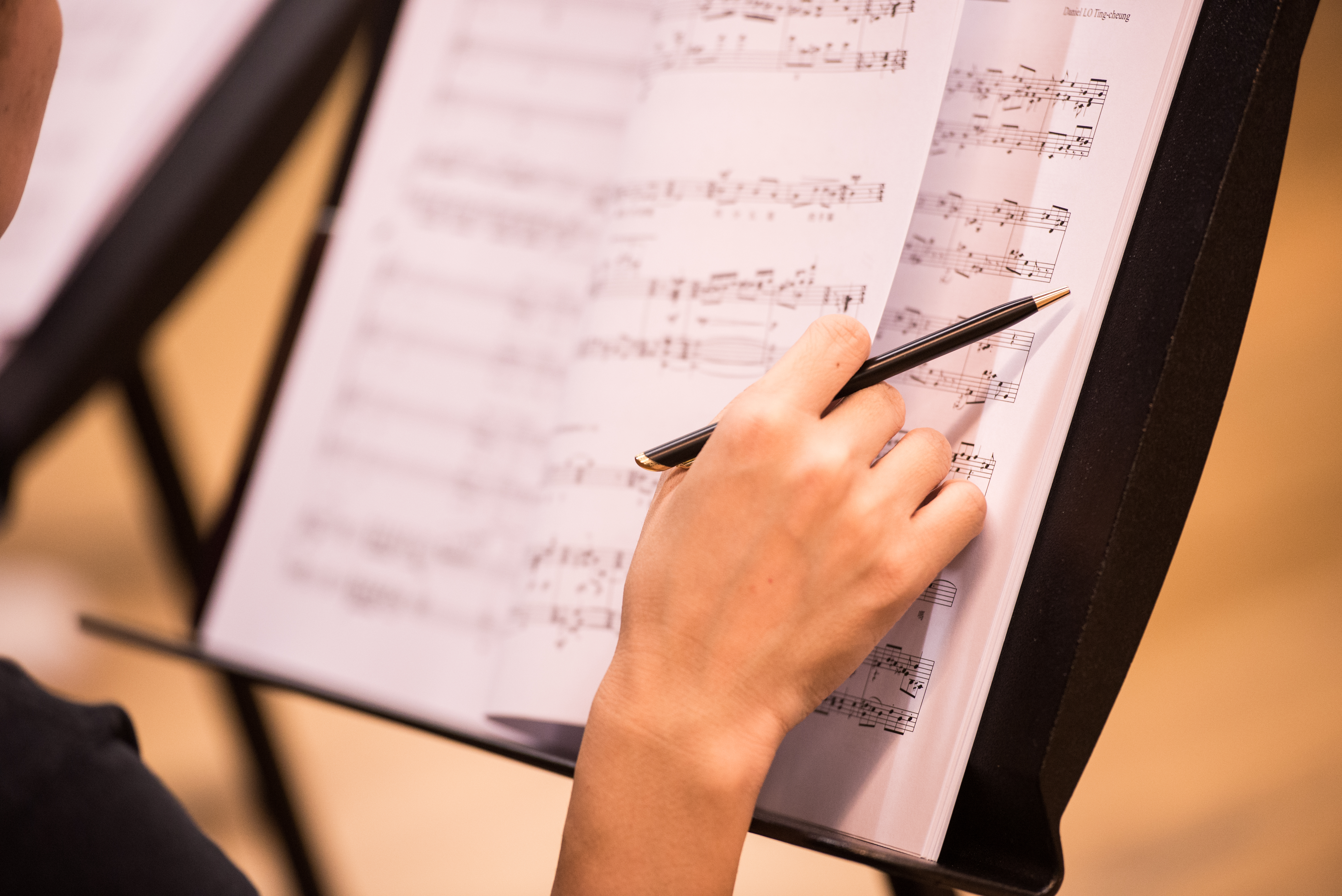 Journey to the West Rewind is an experimental Cantonese opera by Jason Kong. He explores the development of Chinese opera, in the hope of retaining the art form’s traditional core values. By casting Cantonese opera in a contemporary context, he reinvents the medium for the 21st century.

In defining identity, Kong attempts to bend and break the orthodox formats and rules of Chinese opera. Eschewing conventional “protagonists” in the performance, he has seven actor-musicians play instruments while acting, to give additional contours to the characters' moods. Jason collaborated with director Ata Wong, a specialist in physical theatre, to incorporate physical movement into the opera format. “The actors are trained in two completely distinct systems,” he says. “Some know acting but not music; some are musicians but are unused to acting—so their theatrical antennae are different. Fortunately, Ata’s physical training gets them to attune themselves more easily to the connection between their bodies, the space and the story.”

Ata and Jason both emphasise the association between body and space in their collaboration. “I find that the hand gestures and stylised movements in Chinese opera are similar to those in physical theatre,” he says, “and in both art forms, the story is driven by the body. Still, in traditional Chinese opera, format and technique weigh more heavily while connections with everyday realism is rare. Therefore, in the play, we hope to make the physical movements symbolic and morph into a poetic state, so as to embody the characters’ humanity through simple dramatic scenes,” Wong says.

Though coming from different disciplines, each attempts to break the traditional mould of Chinese opera. “I hope the actors’ pace, the performance and movements all take shape in a natural way rather than artificially,” Wong says. “All these elements are carefully conceived performance vocabularies that deconstruct and reconstruct Chinese opera, rather than being simply lines and blocking plans to be memorised.”

The achievements and merits of Journey to the West Rewind are another discussion, but there is no doubt that the scriptwriters, directors and actors are all brave enough to step outside their comfort zones. They have ventured to explore how traditional art can move with the times, attempting to write a new chapter in the history of Cantonese opera. 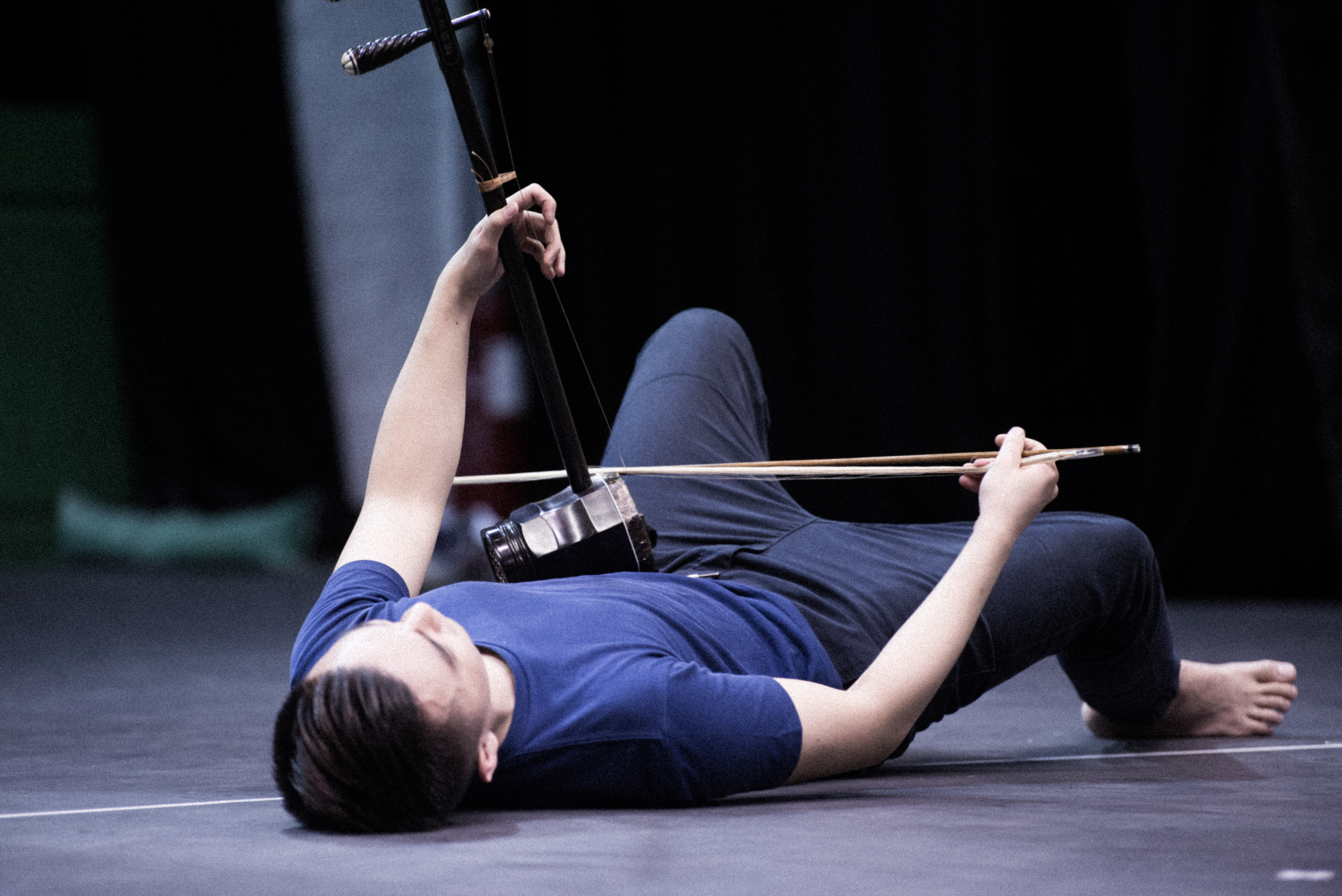 It is a big challenge for the performers in Journey to the West Rewind to simultaneously attend to acting, playing their instruments and physical movement 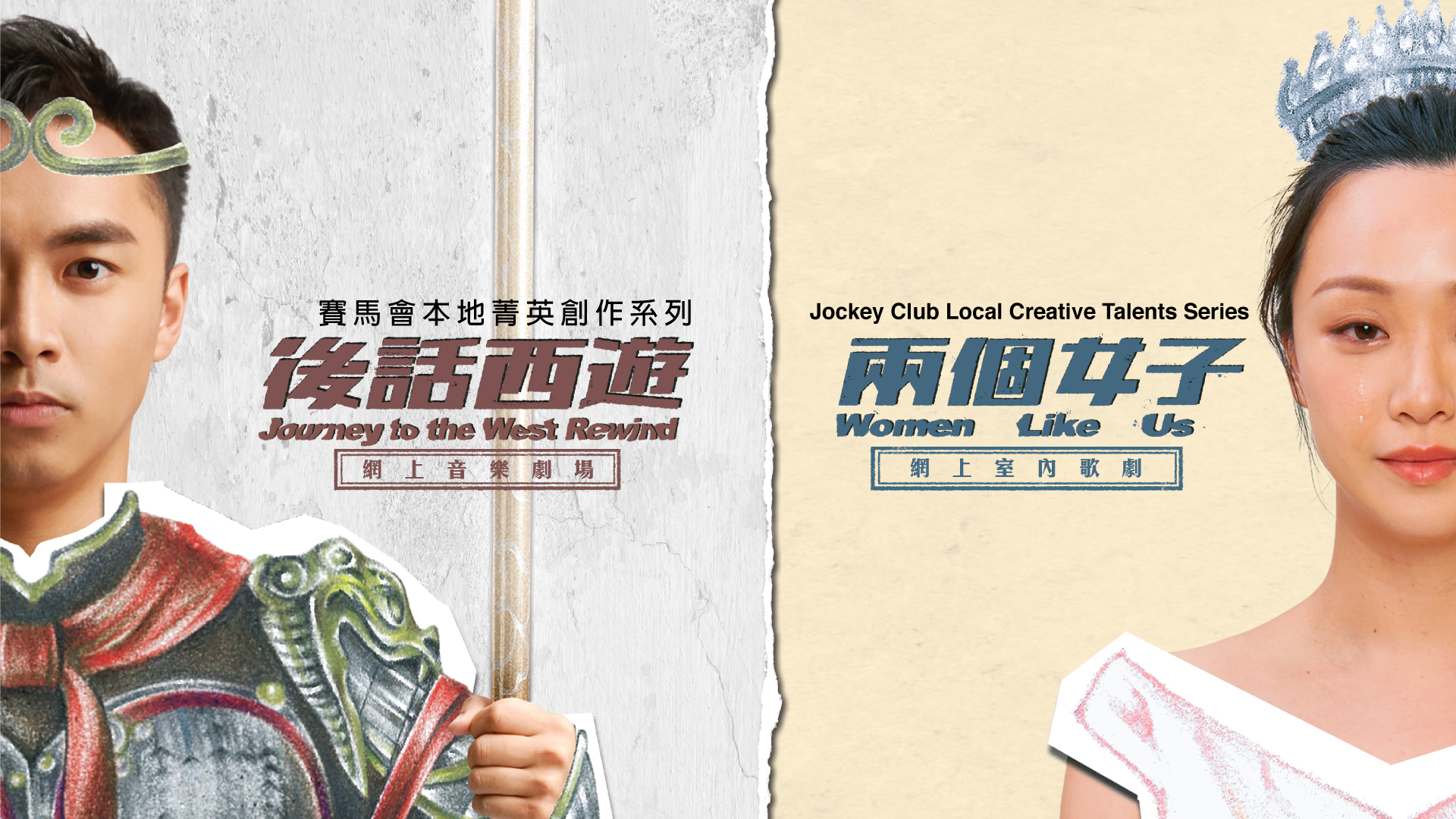 The Jockey Club Local Creative Talents Series’ Journey to the West Rewind / Women Like Us provides two bold subversions of the “happily-ever-after”. These separate adaptations inspired by the Ming dynasty classic and two of Hong Kong author Xi Xi's short stories are presented in Chinese and Western operatic formats, respectively. Innovatively filmed versions of the two contemporary operas bring two inspired adaptations to life on the screen without losing any of the immediacy of the original productions.