Towards a New Language of Theatre 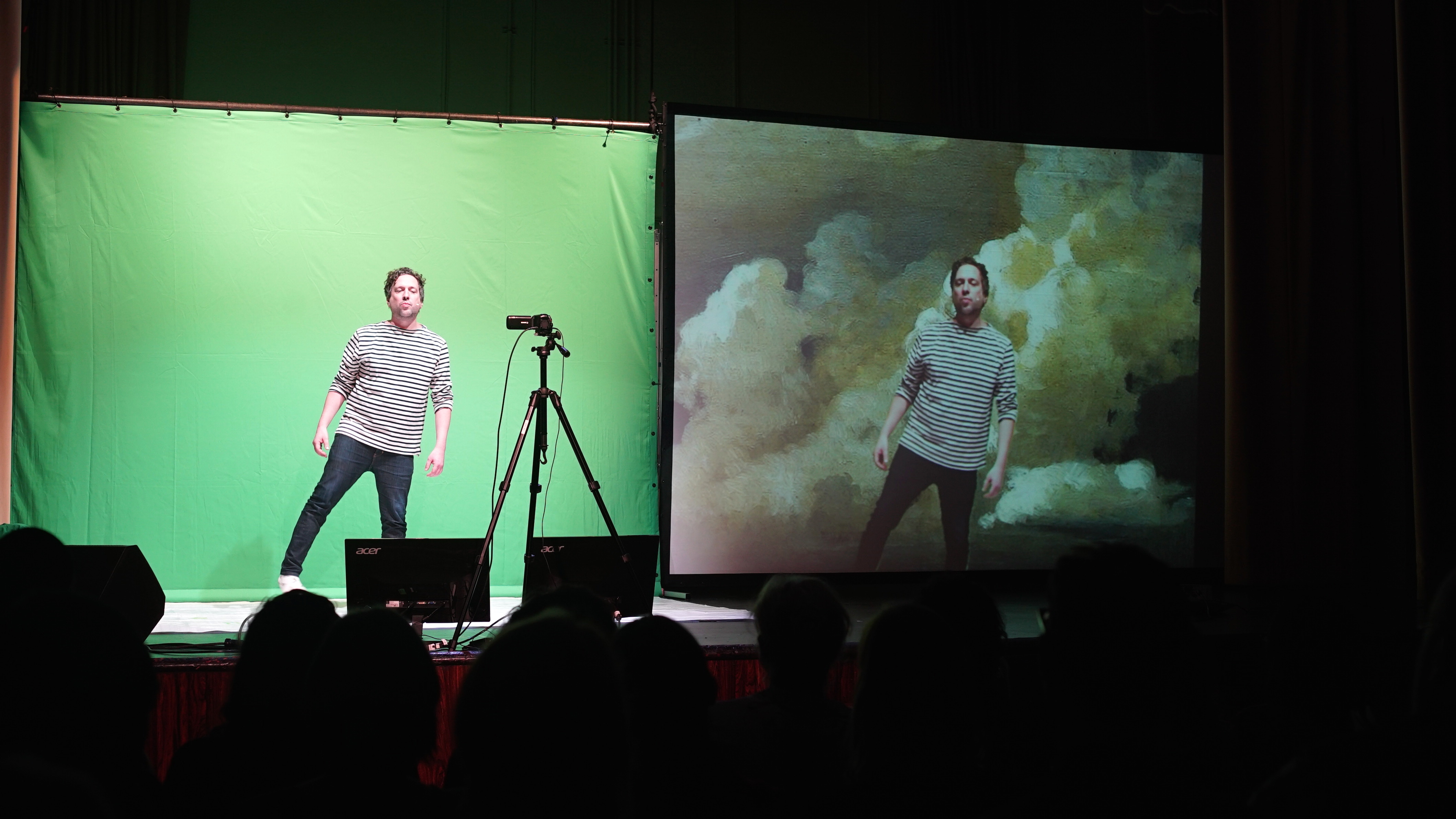 In a year when a previously unknown virus spread like wildfire across the globe, theatre was forced to swiftly adapt to a new reality, branching out into new formats and production means. The result has been an enrichment of theatrical language by a raft of new insights and emotional responses. The 49th HKAF presents two overseas theatre productions—Blindness and Pathetic Fallacy—that have particular resonance in the present circumstances not only in content, but also in their modes of delivery. From their theatre seats, audiences are brought on inner journeys—into a land beset by a mysterious disease and the fascinating world of weather and its effects on humanity.

Hearing the Echoes in Blindness

In a time of pandemic, this adaptation by Simon Stephens of Nobel laureate José Saramago’s dystopian novel has particular resonance. Blindness tells the story of an epidemic where people are blinded by a highly contagious mystery disease, forcing sufferers into a quarantine where power struggles among the desperate lead to atrocities and a grim replication of the outer world.

Saramago’s novel, with its harrowing depiction of a world whose social order deteriorates when confronted with unprecedented challenges, rings particularly true during the coronavirus pandemic, which has highlighted social fissures and forced people worldwide to devise responses to a new formidable threat. The metaphorical charge of Blindness also intimates that one of the first casualties of pandemics is lucidity, and an ability to see dangers ahead until it is too late.

The production by London’s Donmar Warehouse, is unique in being a stage show without actors, the sole human protagonist being the narrator, voiced by Juliet Stevenson, whose eerily modulated monologue is based on Giovanni Pontiero’s translation of Saramago’s original text. Blindness was premiered when the Donmar Warehouse reopened in July 2020 after being closed for four months due to the pandemic. It won plaudits from critics in the UK for its innovative take on literary adaptation and the tense claustrophobia of the production.

In a configuration tailor-made for social distancing, audience members are seated in pairs or individually throughout the auditorium and listen to the narration through headphones. The viewers are plunged into an immersive experience as the light begins to fade, an ominous soundscape engulfs the room and they too are left vulnerable to the very handicap the narrator speaks of. The feeling of helplessness echoes with the beleaguered nature of life in many parts of the world since COVID-19 first surfaced.

The production offers a rethinking of theatre, bringing the audience out of the conventional observational experience and throwing them into a completely new one, where they are witnesses to a story unfolding yet at unusually close quarters to it.

A disembodied female voice also presides over much of Pathetic Fallacy. Like Blindness, it has a particular contemporary relevance. Canadian director Anita Rochon, co-artistic director of Vancouver’s The Chop, conceived this multimedia theatre work about climate change with the intention of reducing her own carbon footprint. Instead of flying around the world touring with the show, she would stage it remotely, with the help of local actors on site. The chosen actor performs in front of a green screen, on which is projected an array of images, films and charts that examine our changing relationship with the weather, from ancient times down to the present day of impending ecological crisis. Rochon herself also appears from time to time, interacting with the actor in virtual form.

Pathetic Fallacy has a serious subject at its core but the show is far from daunting or heavy, and is delivered with humour and wit. Rochon and her performer—in the case of the HKAF, local actor Pichead Amornsomboon—regale the audience with facts and anecdotes about the weather, including how hurricanes are given human names to try to make populations more aware of their advance, how weather forecasts are produced, and how people mistakenly attribute human feelings and motives to weather (the “pathetic fallacy” of the title).

Though not a conventional piece of theatrical storytelling, Pathetic Fallacy nonetheless provides an enthralling and eclectic experience that touches on the human responses to weather phenomena, be they everyday or extreme. Rochon’s earnestly deadpan narration contains plenty in the way of humorous asides, such as in her analysis of The Weather Girls’ disco hit It’s Raining Men.

It is also a rumination on how technology informs our responses to weather, now that access to forecasts and data, both historical and contemporary, is at our fingertips, in the very phones we carry everywhere. That same technology has made the “delocalised” show possible, produced at a distance, yet in person, something that, though Pathetic Fallacy premiered in 2018 and predates the pandemic, has had a strange prescience in a year of global social distancing.

Both experimental and playful, this is a show that will leave audiences nourished, thoughtful and entertained. 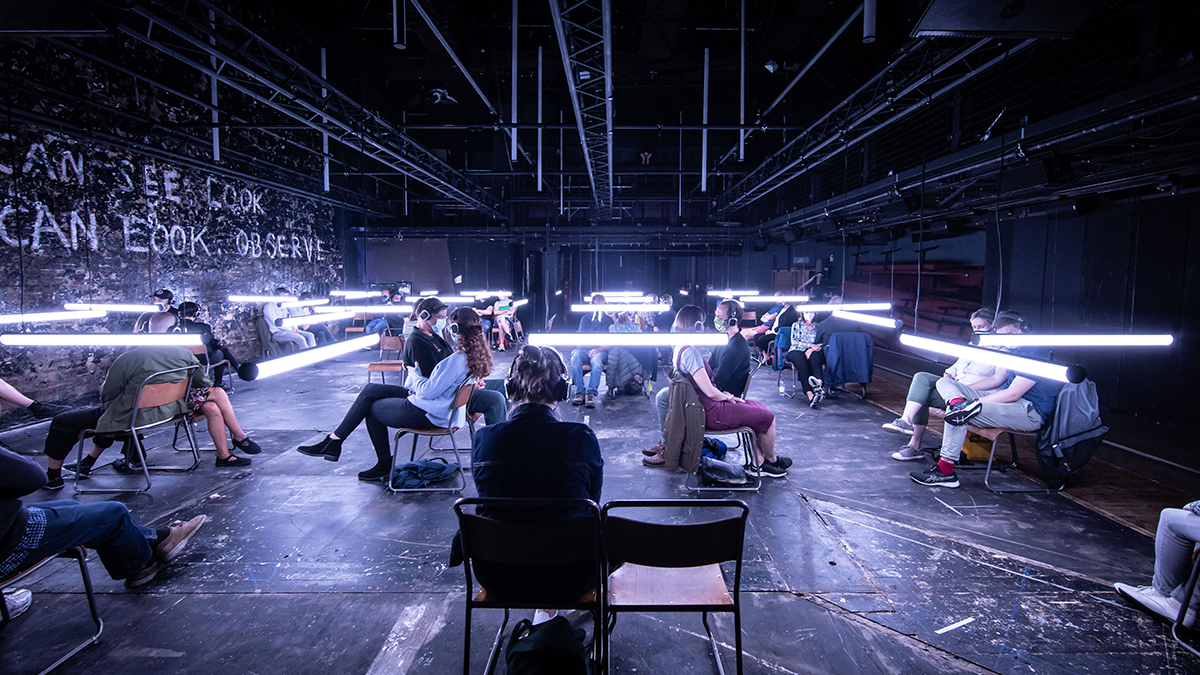 The Donmar Warehouse production of Blindness 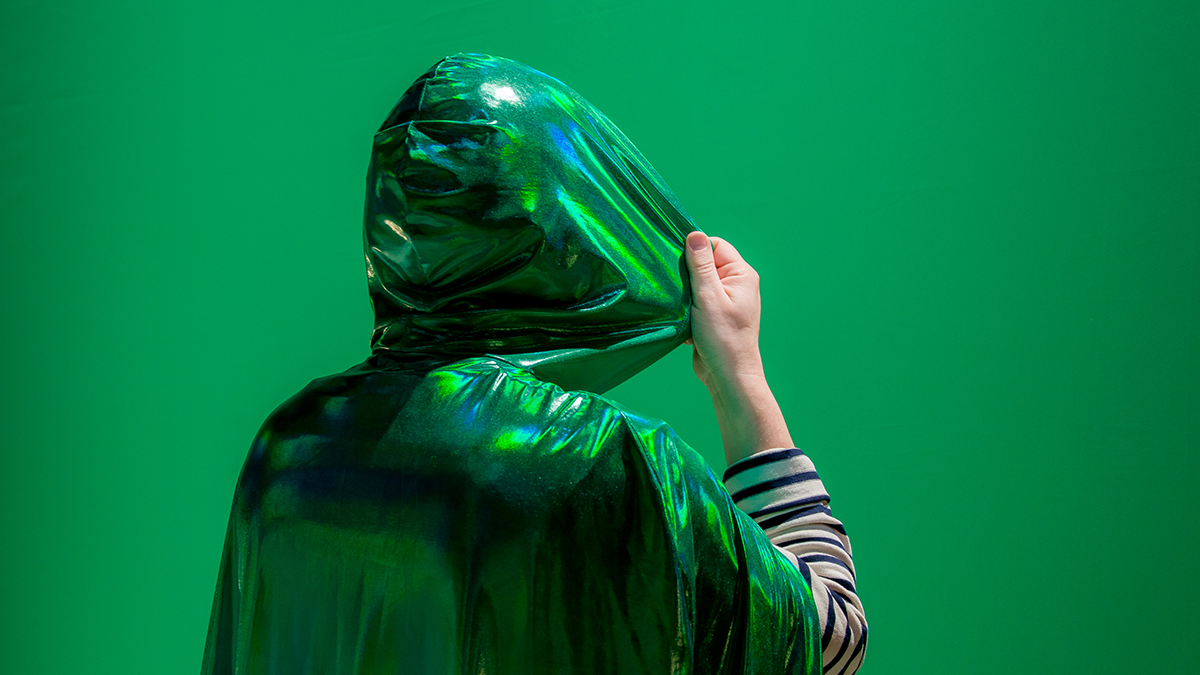 Canadian theatre artist Anita Rochon set herself the challenge of making a live touring piece that puts no performer on tour in order to reduce “her” carbon footprint. Using a temperamental broadcast green screen, Pathetic Fallacy tackles a changing relationship to weather. Local award-winning actor Pichead Amornsomboon takes on the central role in this innovative and provocative work that circles around climate change and lands on one person. This production was name one of The Globe and Mail's "Top 10 Theatrical Works of 2020" in Canada.