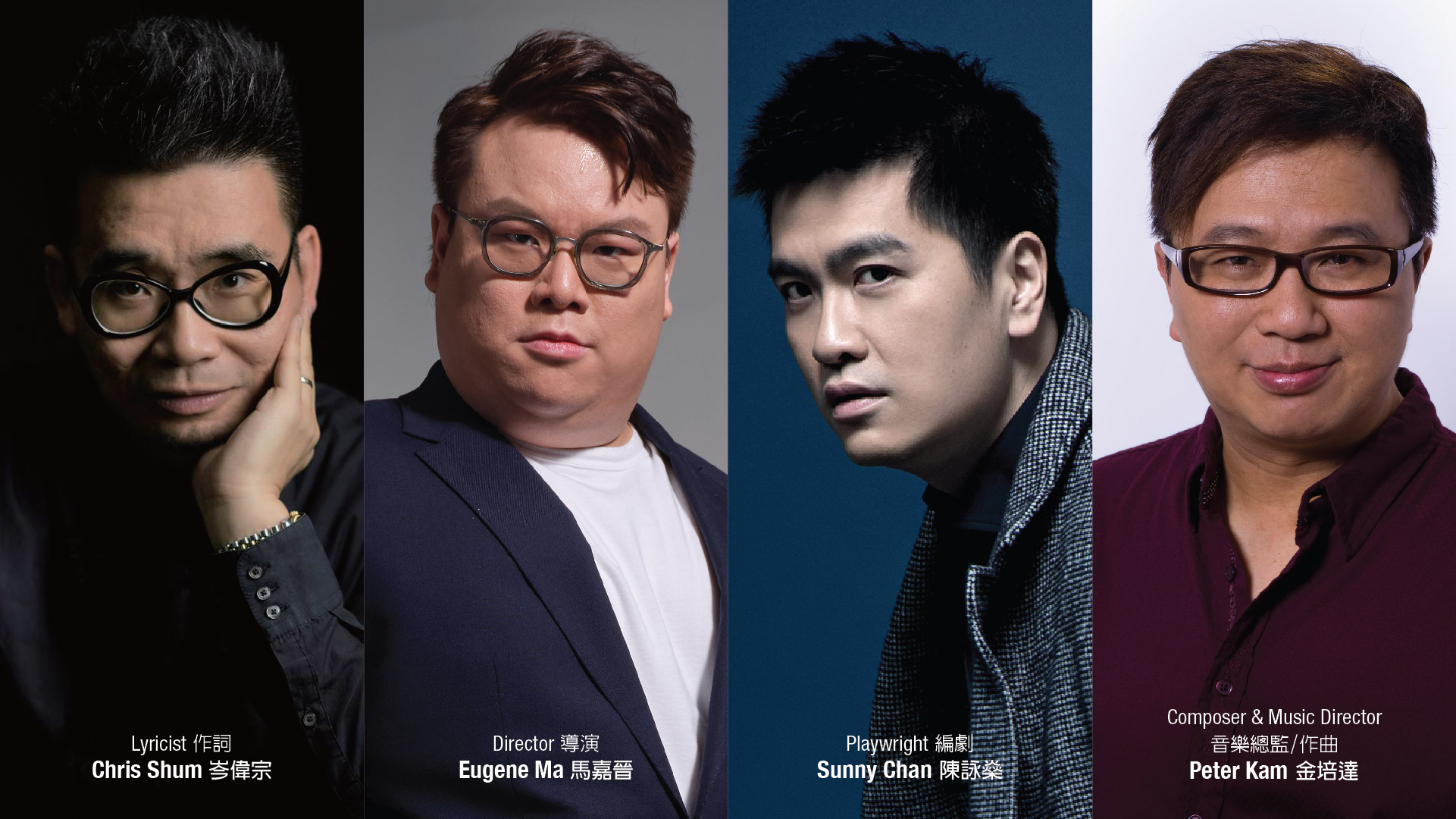 (From left) Perhaps aptly named as the modern Four Bandits, the four creatives—lyricist Chris Shum, director Eugene Ma, playwright Sunny Chan and composer Peter Kam—work closely together in Yat-sen to produce a worthy piece of art, which will be delivered as a work-in-progress preview in the 49th HKAF

Two years ago, the Hong Kong Arts Festival began commissioning local artists to create a musical about the young Sun Yat-sen. First, they brought composer Peter Kam on board, then director Eugene Ma, playwright Sunny Chan and lyricist Chris Shum joined the team, and the Yat-sen creative quartet began to take shape. Shum, who has 20 years of experience creating musicals, says that it would usually be the playwright who makes the first drafts before bringing in musicians and lyricists. But this time, everyone was involved from the beginning, taking part in a journey that he described as “building something and then smashing it, by writing and then polishing; it’s a very healthy creative process”.

How does one write a musical about a young Sun Yat-sen? “In this era, talk of action can easily be reduced to shouting slogans,” Chan says. “I really enjoy writing motivational stories, but they’re not easy to write.” He thought long and hard, and decided the show would avoid singing Sun’s praises. Chan says that Sun felt familiar and yet distant at first, but after starting his research and the creative process, he understood that Sun was also just another human being, with many flaws. “From chanting slogans to making the decision to change the world, what resources were needed and how much action? This is the story of a young man growing up as he prepares to change the world. I am less in awe of him now than I was, but I admire his ability to continue on his path, despite the failures and challenges he faced. In recent years, every piece I’ve written has been about finding one’s calling, which means the protagonist has to take responsibility for his/her good and bad qualities.”

Kam says that, in creating the musical, the team used the iconic figure to inspire others to look inside themselves. “Everyone needs time to find their own position and calling.”

Ma was interested in how Sun studied in the USA, earning stellar grades from a young age and then struggled to reintegrate into society when he returned to Guangzhou. “He came back as an outsider. How did his failures and his experiences mould him into the person he envisioned for himself?” 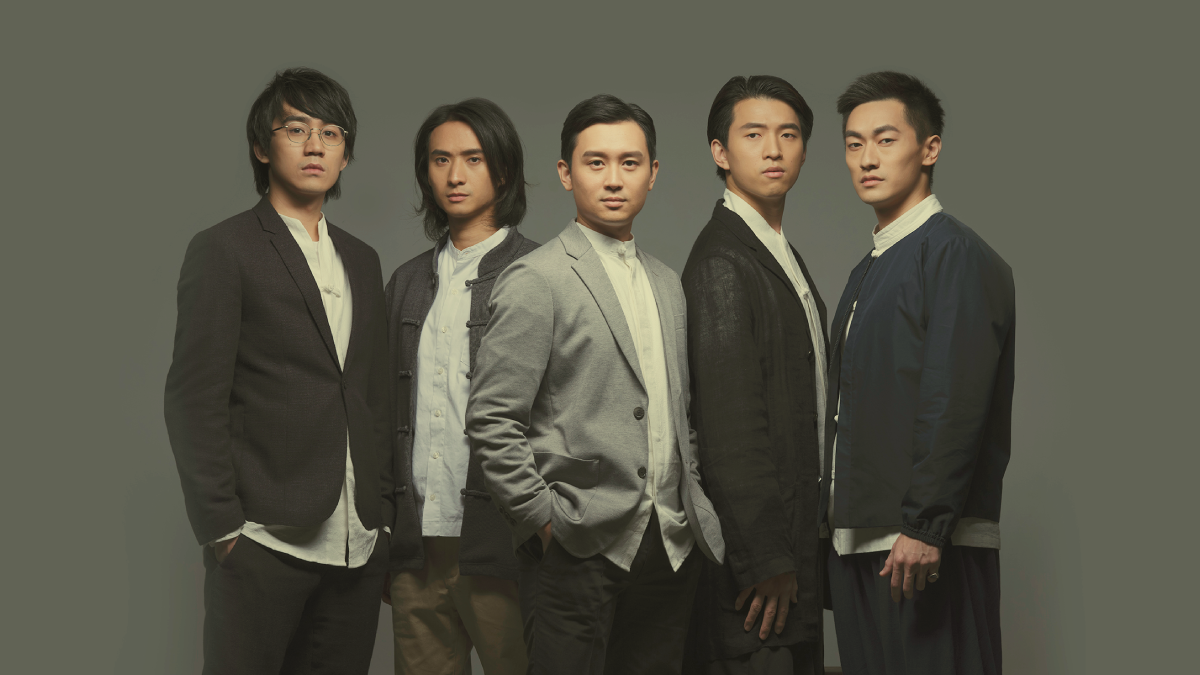 Moving the Story with Song

In the creative team of four, director Eugene Ma is by far the youngest. But in terms of experience in musical theatre, it’s Chan who’s the newcomer. “I love musical films, such as Chicago and La La Land, and I’ve always wanted to work on one,” the veteran screenwriter says. “I’ve talked to film company bosses about this, but they told me to forget it. This is such a precious opportunity, I’m so excited.”

The artistic language in musical theatre is very different from film. What is usually expressed through dialogue is entrusted to the lyricist, while the expression of emotion is the work of the music rather than the camera.

The creative process involved a lot of interaction, according to Chan. “I had to learn to determine when to use dialogue, when to begin the song,” he says. “For plot progression and the expression of deep emotion, that’s when you hand it over to the songs.” Kam says he has worked on a lot of film soundtracks, where things are different: “In film, emotions can be expressed using close-ups, without dialogue, which gives the audience space to interpret the moment themselves. But in musicals, there’s no blank space—the point of the songs is to move the plot forward."

And the lyrics? “I believe the lyrics have to express action,” Shum says. “For example, where the dialogue might say ‘I hate you’, in musicals, it has to be, ‘I will kill you’.” He explains that the former needs only to convey emotion, but by adding an element of action, it is possible to move the plot forward.

Shum understands the special characteristics of Cantonese and has deep knowledge about writing lyrics in this dialect. He agrees with composer Leon Ko, who says Cantonese has a huge and intricate range of expressive possibilities which can be used when speaking with different people. “There are five registers of expressiveness in Cantonese,” Shum says, “elegance, ingenuity, wit, earthiness, cantankerousness. The pop songs we heard growing up were mostly written to show grace. If a creator does not take this into account when writing for a musical, every character might end up being the same.”

Working in his mother tongue Cantonese, after living in North America for more than a decade and mostly directing in English, Ma has noted a difference and finds working in Cantonese more emotional. He has more than ten years’ experience acting in and directing musicals, and would be teaching at three American universities, but the pandemic has kept him in Hong Kong for the moment. “In traditional theatre, there’s usually just one visual focus,” he says, “but with musicals there are three authors; and as director, I have to combine everyone’s perspective.”

He reveals that productions in Hong Kong are often limited by time and resources, leaving them operating more like a factory line, with no time to workshop anything. But in this production the team is running workshops with the actors, which allows them to try out the songs and bring the bare bones of the musical to life. “The point of workshopping is to magnify the shortcomings, so we can immediately fix any problems that emerge,” he says.

From initial ideas to forming a team, much of the work was done via online conferencing during the pandemic, with everyone working together on all the material until the musical began to take shape. “I hope that after seeing this work-in-progress, audiences will view Hong Kong musicals in a new ways," Kam says.

Text
Ho Siu-bun
Ho Siu-bun is a journalist and editor. His regularly writes movie reviews for press such as the Hong Kong Economic Journal and am730 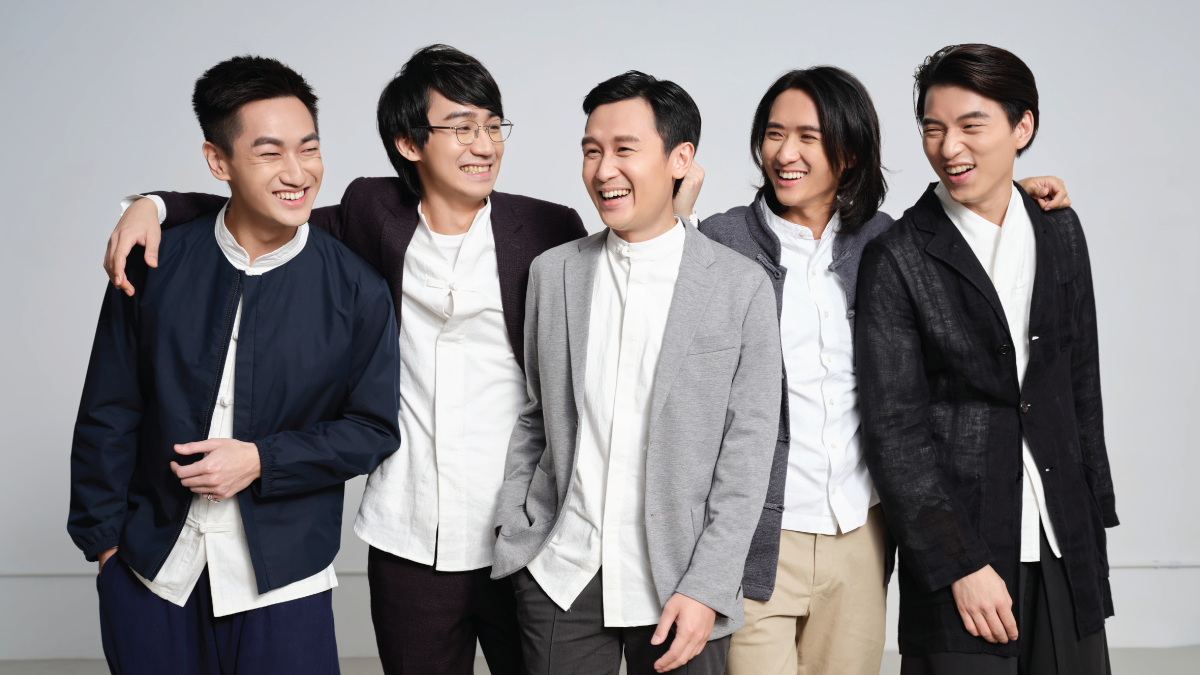 Conceived by some of the most illustrious names in Hong Kong film and theatre, the original Cantonese-language musical Yat-sen vividly brings to the HKAF stage the volatile early life of Sun Yat-sen, from his transformative schooling in Honolulu and Hong Kong. A highlight to be presented in 2022, Yat-sen will be presented to audiences of the 49th HKAF in a bare-stage preview in March 2021.